Composites Busch SA has been active in the ice and inline hockey market since 1992 through its subsidiary Busch-Hockey. Precursor and innovator, Composites Busch SA has revolutionized the world of ice hockey equipment by creating the first 100% carbon-made stick worldwide, a material that is now used by 98% of the players. 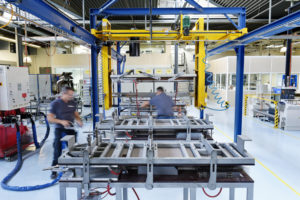 The globalization of the ice hockey market and competition from major international groups have made Composites Busch SA decide to stop the manufacture and sale of articles related to ice and inline hockey by 31.12.2018. Composites Busch SA refocuses its activities on the other sectors of its production such as the medical, the luxury and the machine industry. In addition, a new manufacturing unit for the aerospace field has just been created with great development perspectives. 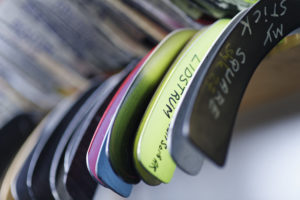 No jobs will be removed, the people involved in the ice hockey sector will be given new tasks within Composites Busch SA, which has created more than 20 new jobs over the last 12 months.
The management and its staff thank all the people who participated in this wonderful adventure over the last 25 years.

Listen to the regional news of RFJ and the General Manager of Composites Busch: